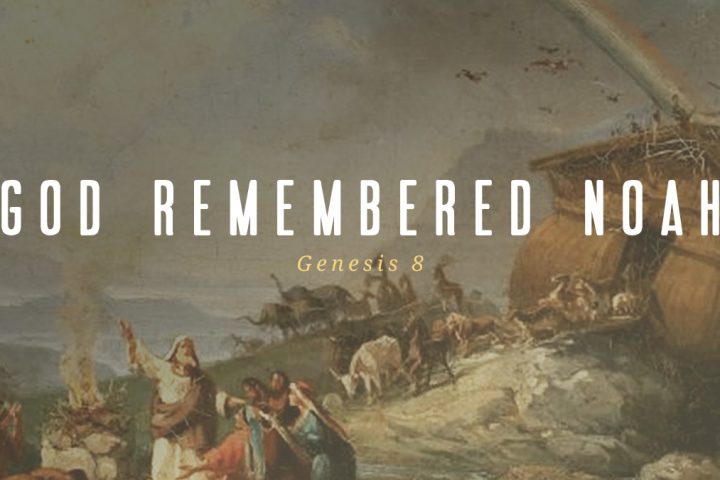 God Remembered Noah Genesis 7:17-8:1 It’s hard to picture how bad things must have been in Genesis 6 when every intention of the thoughts of man’s heart was only evil continually. Did God forget about His creation? Does it ever seem like God has forgotten His people today? At this awful peak in man’s history, God extends His grace. He remembers Noah. I imagine Noah was eager to escape such a violent time. But God also extends grace to the world by patiently waiting nearly a century before the flood comes. We remember that Noah stood out for his obedience to God, but also that he held out hope as a willing messenger on behalf of God’s goodness and patience.
Mar 18, 2018

Genesis 3:8-13 Entitlement goes back to the garden of Eden. The sense that I deserve more, or I deserve better, or I’m not getting my fair share for my work, has been around since Genesis 3. It’s easy to be disappointed in Adam and Eve’s unwillingness to submit to God. Still, I live with more than enough but always seem to be longing for more. What does it say about my heart that it’s easier to fill my emptiness with…
Feb 18, 2018

Scripture: Genesis 1:26-28 Genesis teaches that God is Creator and that man is made in His image. A shadow is an image leading back to something of substance. In a similar way, man is made to be connected with God while also resembling Him. In the garden, man is given a place to belong and work to do, though is left to feel his need for companionship. Some needs are met before feeling them; others remain unfulfilled for a time.…
Sep 24, 2017